What Jeff Shi did with his prize money

Jeff was voted the winner of the Hydrogen Zone in 2015.  We asked him to tell us what he’s been up to over the last year with his $500 and here is what he said…

I used funds from I’m A Scientist USA to create a number of sets of 3D printed bat skulls for use in public education and outreach around southeastern Michigan. 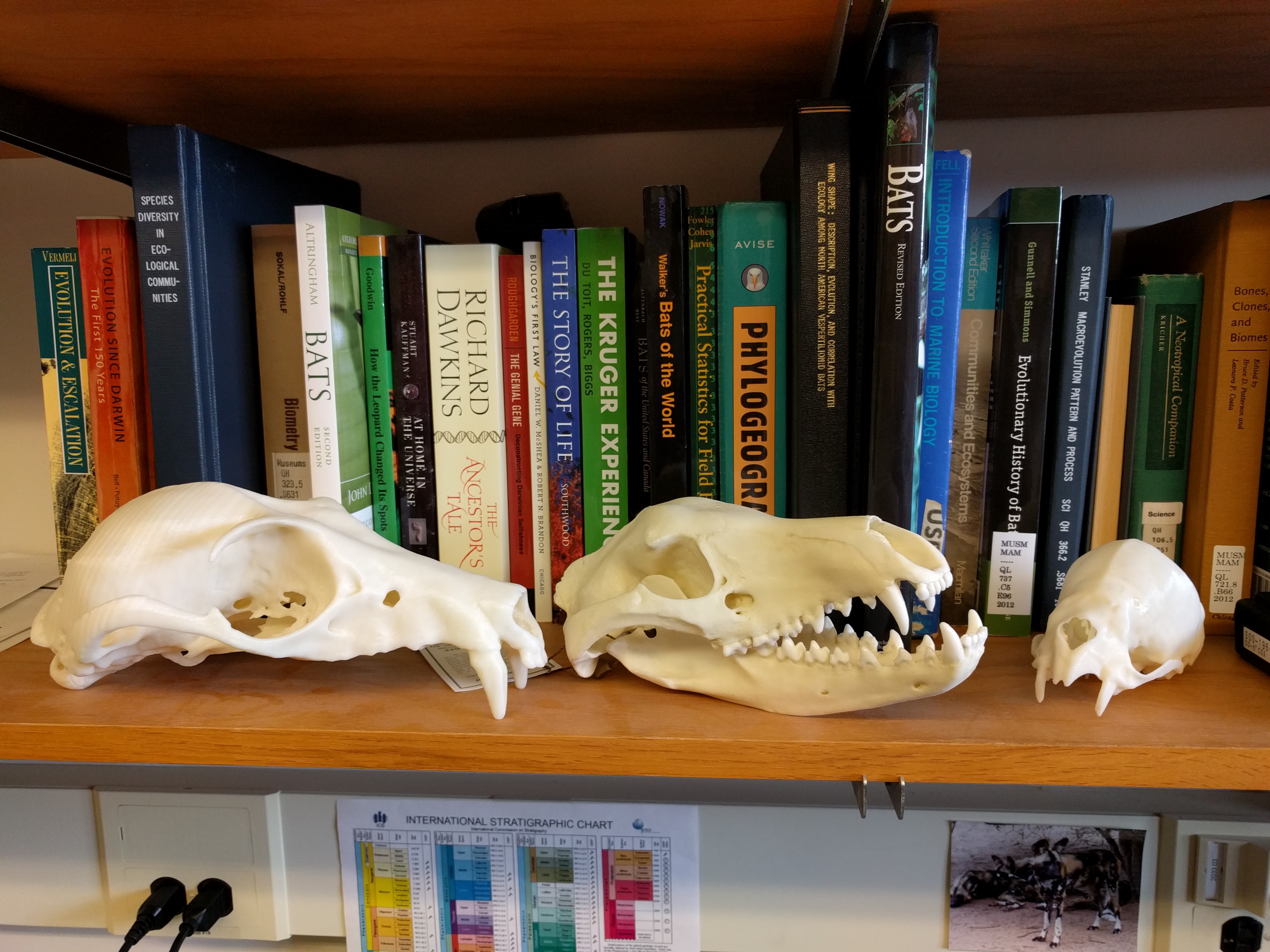 Since the competition, I have partnered with two major nonprofits – the Organization for Bat Conservation (#savethebats) and the Detroit Zoological Society – in addition to my longtime work with the educational nonprofit 826michigan. With these groups, I present my research and overall concepts on ecology and evolution at the Detroit Zoo, at the Cranbrook Institute of Science, and at schools around the region.

The lowly skull: you may not think very much about it on a daily basis, but it encodes a wealth of information about the natural world. Paleontologists around the world use skull fragments to identify and describe extinct animals. Engineers and physicists use skulls to model stresses, strains, shearing, and slicing functions in all sorts of modern animals. Ecologists and evolutionary biologists, like myself, use skulls to both understand how life on this planet interacts with environments and other organisms, and how those relationships have changed through Earth’s history.

I spend my days rooting around museums of natural history, like at my home institution, the University of Michigan, and studying the evolution of modern bats and their skulls. Despite being enigmatic, misunderstood, and even feared, biologists have long marveled and studied how incredibly diverse bats are as a group of modern mammals. 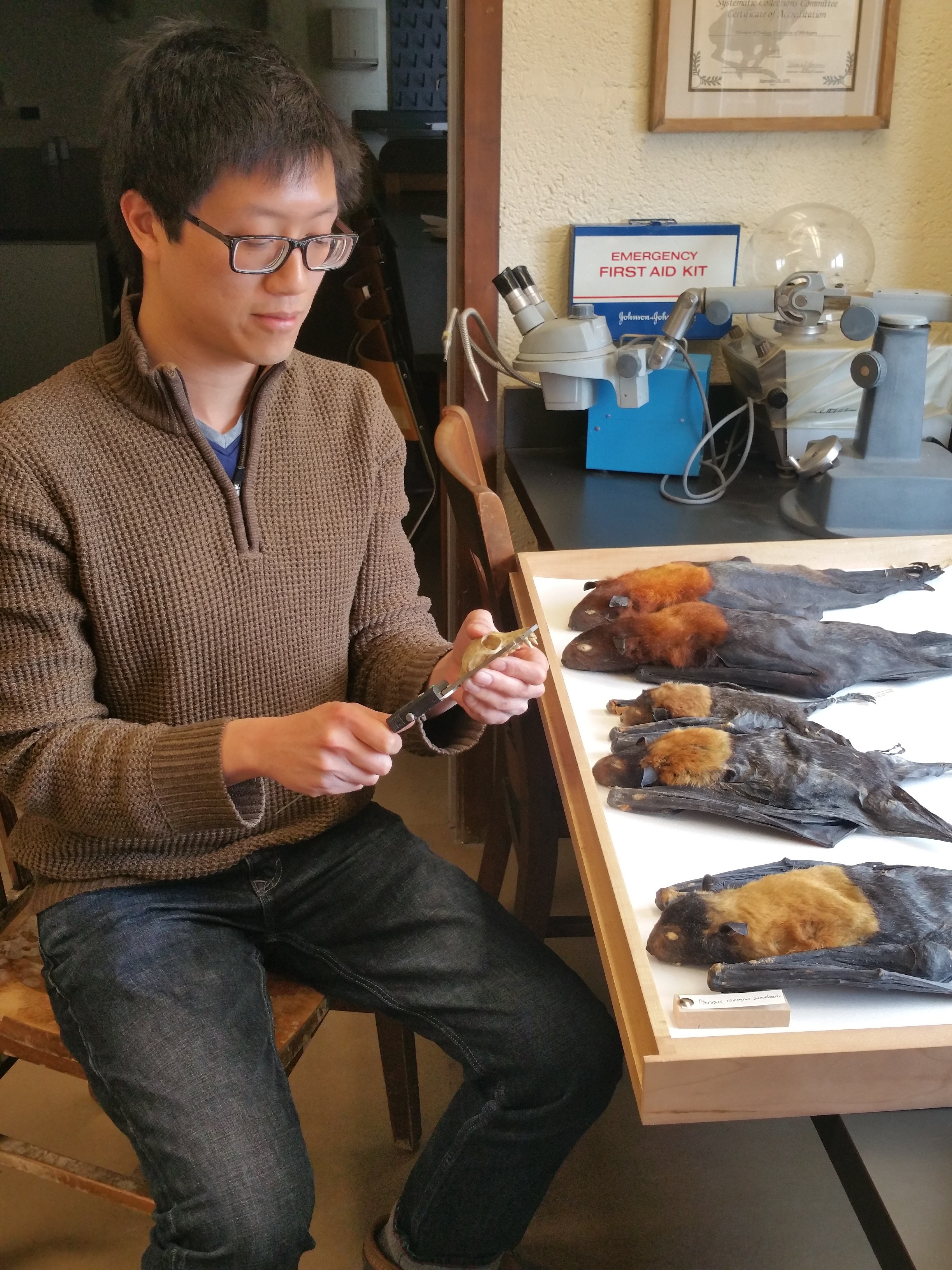 Modern bats, as a group, are veritable Swiss army knives in terms of feeding behavior. Bats have evolved to exploit nearly every type of food that exists in their environment: around the globe, bats feast on a smörgåsbord of invertebrates, vertebrates, fruits, nectar, and blood alike. They can only do this because of how incredibly disparate their skulls are; different bats have different crania, teeth, and mandibles to meet the highly variable demands of their diets. Carnivorous bats have large crests for muscle attachments and powerful canines, while the infamous vampire bats have stouter skulls with small, needle-like teeth adapted for piercing through thick hides. 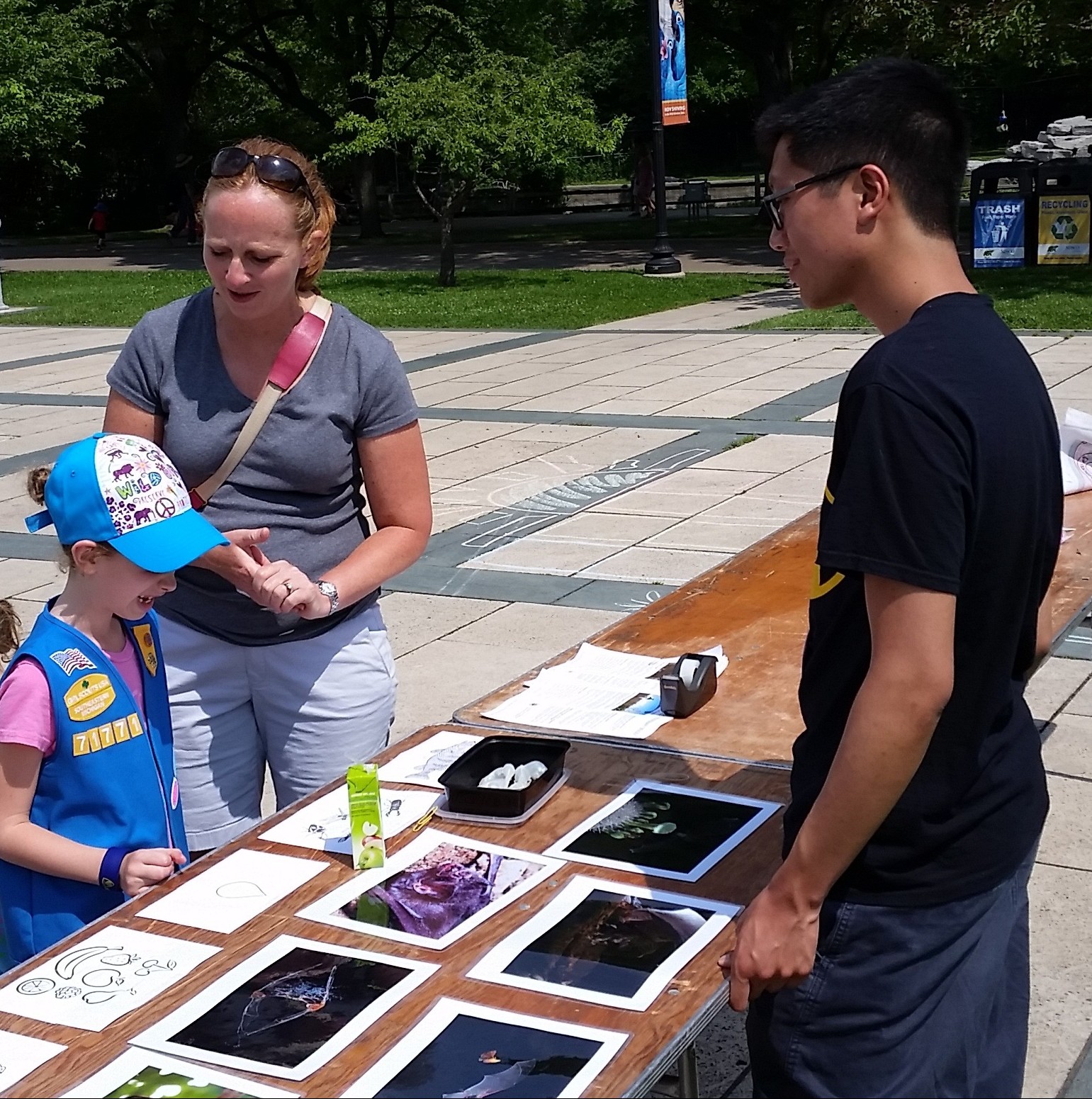 Museum specimens in general are a phenomenal way to really showcase the diversity of life on this planet, in its many forms and functions. However, there is always the prickly issue that many museum specimens are rare: the products of exotic expeditions, painstaking fieldwork, and historical relics of previous centuries and decades. 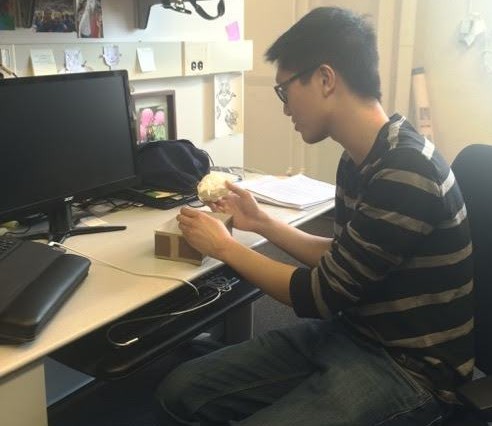 By harnessing technology pioneered by engineers and medical professionals, however, I am working on a novel way of presenting biodiversity to the public. Part of my research involves using high-resolution X-ray computed microtomography to scan bat skulls – essentially, a CT scanner that works at very fine scales. With these data in hand, I have partnered with engineers at the University of Michigan to make high-fidelity replicas of bat skulls for education purposes. These are highly durable, replaceable, and can even be scaled up in size to focus on different regions of skulls.

Of the many hats I have to put on as a scientist in ecology and evolutionary biology – teacher, researcher, writer, etc. – I most value my position as an ambassador for the field. 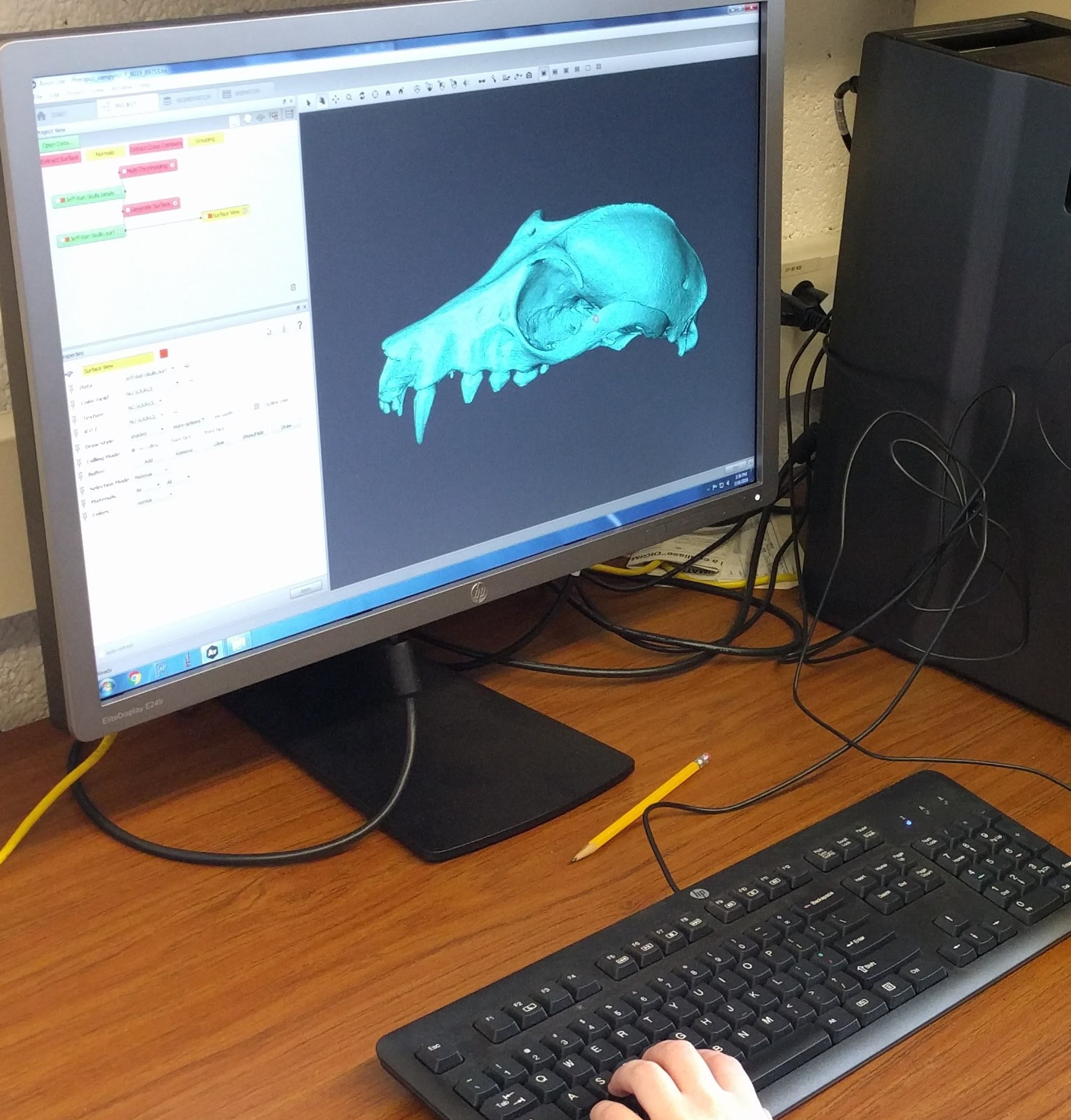 I never expected to also be an ambassador for 3D printing technology, yet parents and students alike are always amazed at how incredibly detailed material from our printers can be. But most importantly to me, I find it incredibly rewarding and stimulating to see just how fascinated others are about bat skulls, even if they are “just” plastic reproductions. It is my hope to continue perfecting this pipeline, and making reproductions of even rarer specimens – fossil bats, for instance, would be a prime candidate. It is only with hands-on experiences like these that we, as biologists, can really showcase how bizarre, how wondrous, and how truly incredibly the processes of ecology and evolutionary really are.

Posted on April 3, 2016 by modjosh in News. Comments Off on What Jeff Shi did with his prize money