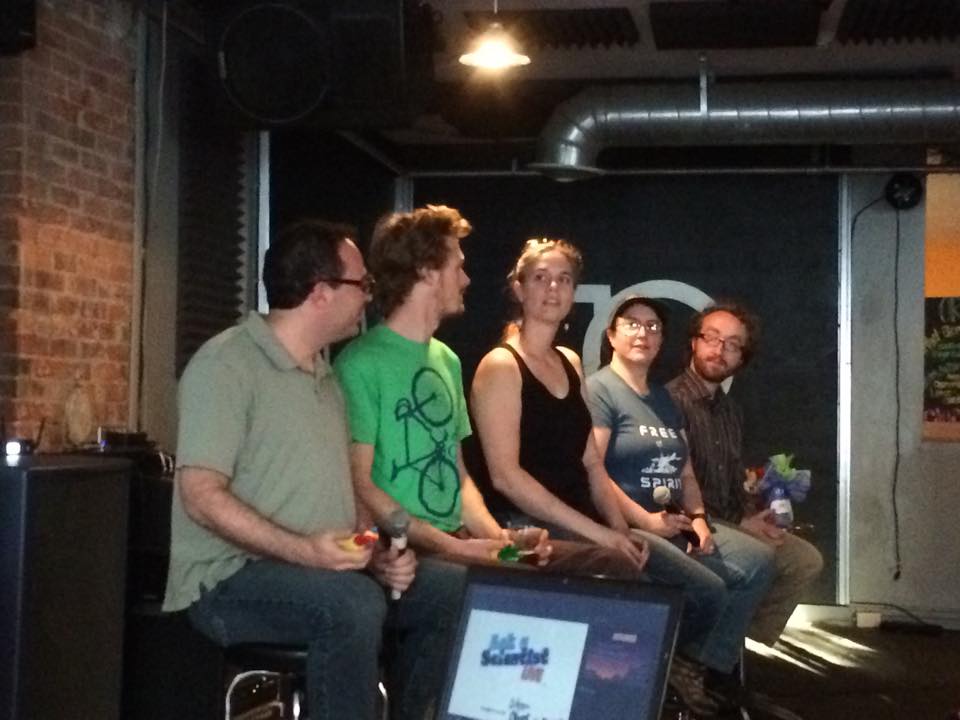 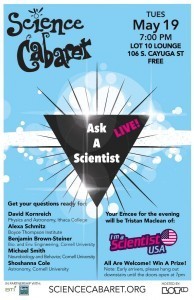 On 19 May at Lot 10 in Ithaca, I’m a Scientist USA and Science Cabaret staged Ask a Scientist, featuring five inspiring and entertaining local scientists (including an Ig Nobel prize winner):

The evening was an informative, funny and challenging event in which the panel faced questions about their work as well as a test of their general science knowledge.

Each scientist was briefly introduced and provided with a squeaky rubber toy in place of a buzzer to get attention and answer questions.

The evening’s format consisted of 4 rounds:

Round 1 – a one minute elevator pitch from each scientist about their work.

Round 2 – What do you really do? was a chance for the members of the audience to ask the scientists questions about their work or any other scientific query that puzzled them.

Round 3 – Back to school was a test of the scientists’ knowledge. We tend to think of scientists are highly intelligent and exceedingly knowledgeable but just how well do the scientist know their 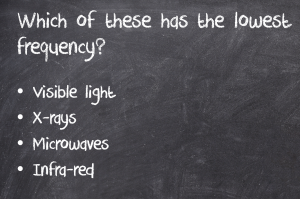 science? Are they specialists or polymaths? To find out we tested them with some high school science questions, such as; which electromagnetic radiation has the lowest frequency?

Not only did the scientists face questions from the audience and a high school science quiz but we also challenged them in Round 4 with questions asked by children taking part in the online I’m a Scientist like:

Why do some flowers open at night but some only in the day?

The evening finished with a vote from the audience on the most knowledgeable and entertaining scientist. And the winner was……..

David Kornreich, who had displayed a mastery and confidence of his subject whilst also make the audience laugh at almost everything he said. His experience at engaging the public was evident and he narrowly edged the contest against stiff competition, including the Ig Nobel prize winner Michael Smith. 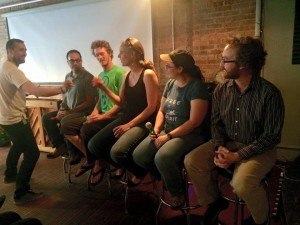 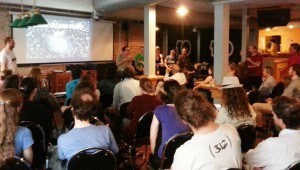 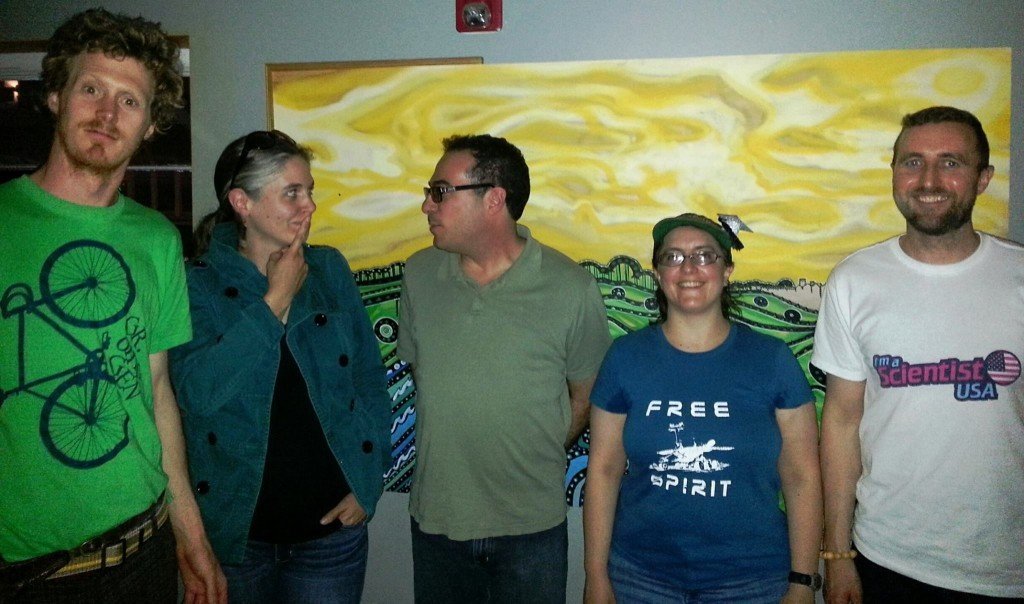 Posted on June 1, 2015 by modjosh in News. Comments Off on I’m a Scientist USA Live