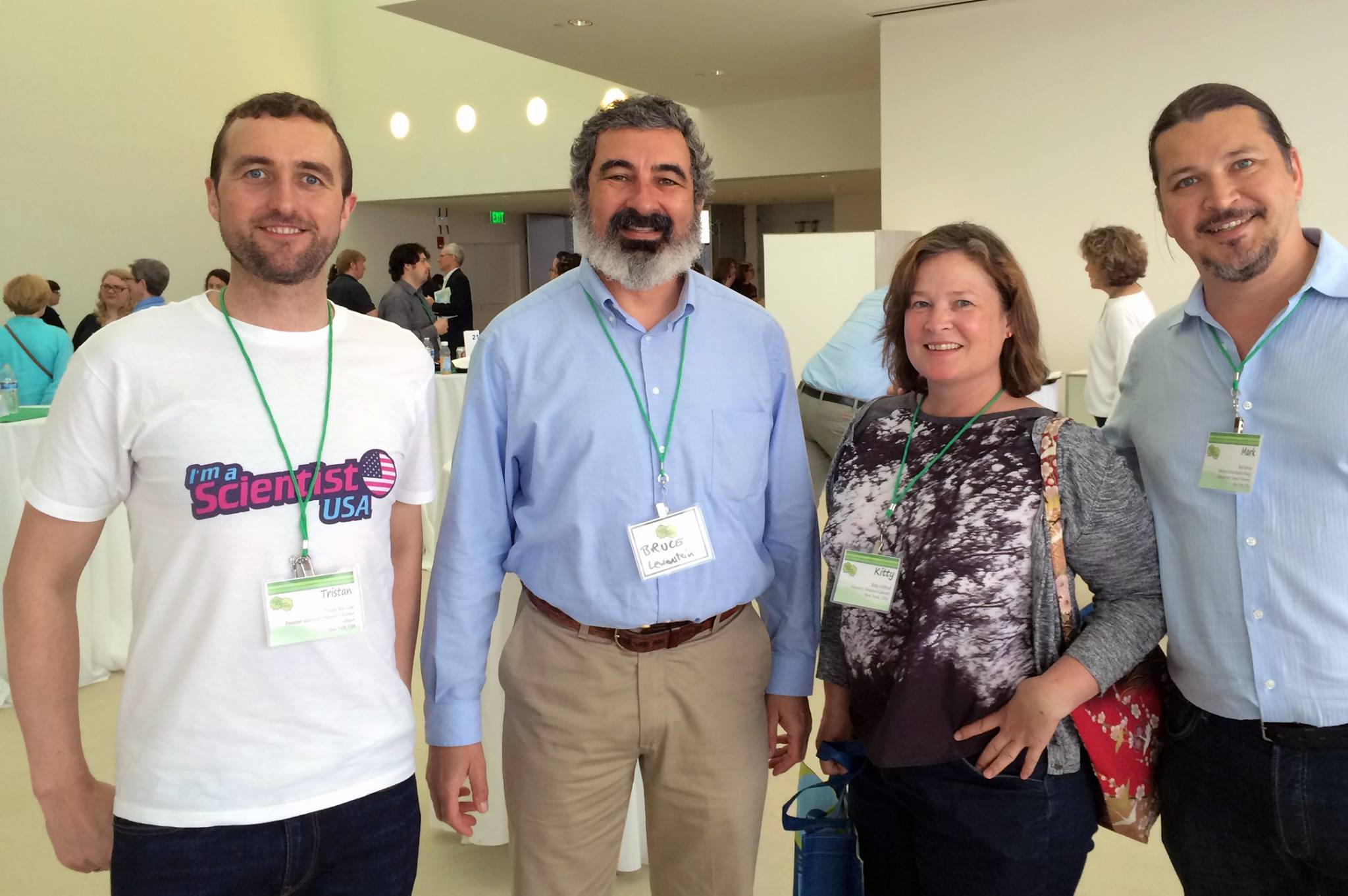 The event started with a hilarious night of comedy down at Improv Boston involving a neanderthal researcher being quizzed by comedians in You’re the Expert. We  showed up early to grab a drink and ensure we had a seat, bumping into a fellow Ithacan Bruce Lewenstein as we waited for the doors to open. You’re the scientist is a simple format, but proves very entertaining as the comedians attempt to guess the work of the scientist, which they strung out long enough to maximize the comedic effect.

On Monday the serious business of the conference started with pastries and coffee and I was pleased to discover a sizable British contingent had made their way across the Atlantic to attend.

The first session was an innovative but effective “rolling panel” followed by a lengthy networking session showcasing a variety of projects. In the afternoon, in order to broaden my knowledge I chose to attend the session on “The Science of Marketing”, which was informative but more suitable to budding science festival organizers than myself. The same could be said for the next session I attended “Metrics for Success: Evaluation of Science Events”. The final session of the day “Fresh Thinking: new ideas in sponsorship” provided plenty of new ideas and was the most useful session up to that point.

The second day proved to be more interactive and stimulating, starting with a great session by Chris Duffy, Producer and Host of You’re the Expert and Ben Lillie, Director of The Story Collider – “Is this thing on?” There was a great opportunity to share ideas in the “Theater of the Unexpected: A Collective Brainstorming Session” and my involvement creating Deadinburgh provoked a lot of interest, from Irish to US festival organizers. The final session I took part in was “Getting Back to the Roots of Science Cafes: Creating Value and Impact”. I’ve heard Ann Grand speak about Science Cafe’s before and the session also provided a very useful discussion and networking period. We were able to talk about Science Cabaret and I described my experiences with Norwich’s science cafe, but one of the nicest parts of the session was meeting the CafeSci Boston organizer who had loads of interesting ideas about programming and formatting science cafe’s .

And all too soon it was over, the jugs of coffee were empty and the only pastries left over  looked like the beginnings of a citizen science experiment. Will we return next? I think it’s highly likely, even if it’s just to poke around the weird and wonderful prototypes and artworks of the MIT media lab.

Posted on June 3, 2015 by modjosh in News. Comments Off on I’m a Scientist USA and Science Cabaret attend IPSEC